At 50 something years old Julie never expected to be left housebound, lose her independence and ultimately lose her spark. Julie has been living with M.E, Fibromyalgia and Hypothyroidism for six years but was left tottering around with a stick, in pain, unbalanced, and unable to enjoy the big outdoors, chatting with passing hikers or sitting by the shore with her friends. When she first became ill she could hardly move from her bed, but was eventually was able to make it around the house.

She was aware her health would decline, but struggled not being outside and in nature. Julie had always been a cyclist and loved feeling the wind in her hair, but this was no longer an option as she wasn’t able to balance on a bicycle. She began to feel angry and upset as she felt like she was having to grieve the old version of herself.

Julie had known about Jorvik Tricycles for a while, however was hesitant to make the investment.

''The dream of getting a Jorvik Tricycle was that, just a dream, until an amazing friend set up a crowd funder and blew me away with the cash for my awesome tricycle’’

Julie, who is originally from Yorkshire, now lives on the West Coast of Scotland so Jorvik Tricycles’ mountain trikes stood out to her as she was sure they would be capable of handling local terrain. Having always ridden a bicycle, Julie had to get used to balancing the tricycle. Unlike on a bicycle, the key to riding a tricycle is to sit upright, try not to lean from side to side, and control the tricycle with your arms. It’s normal that when first riding a tricycle it may feel like you’re losing your balance and tipping to one side. If you feel yourself veering to one side, just turn the handlebars in the opposite direction to balance yourself. Julie rode back on forth on a straight path to practice, and quickly got used to the way the tricycle worked. 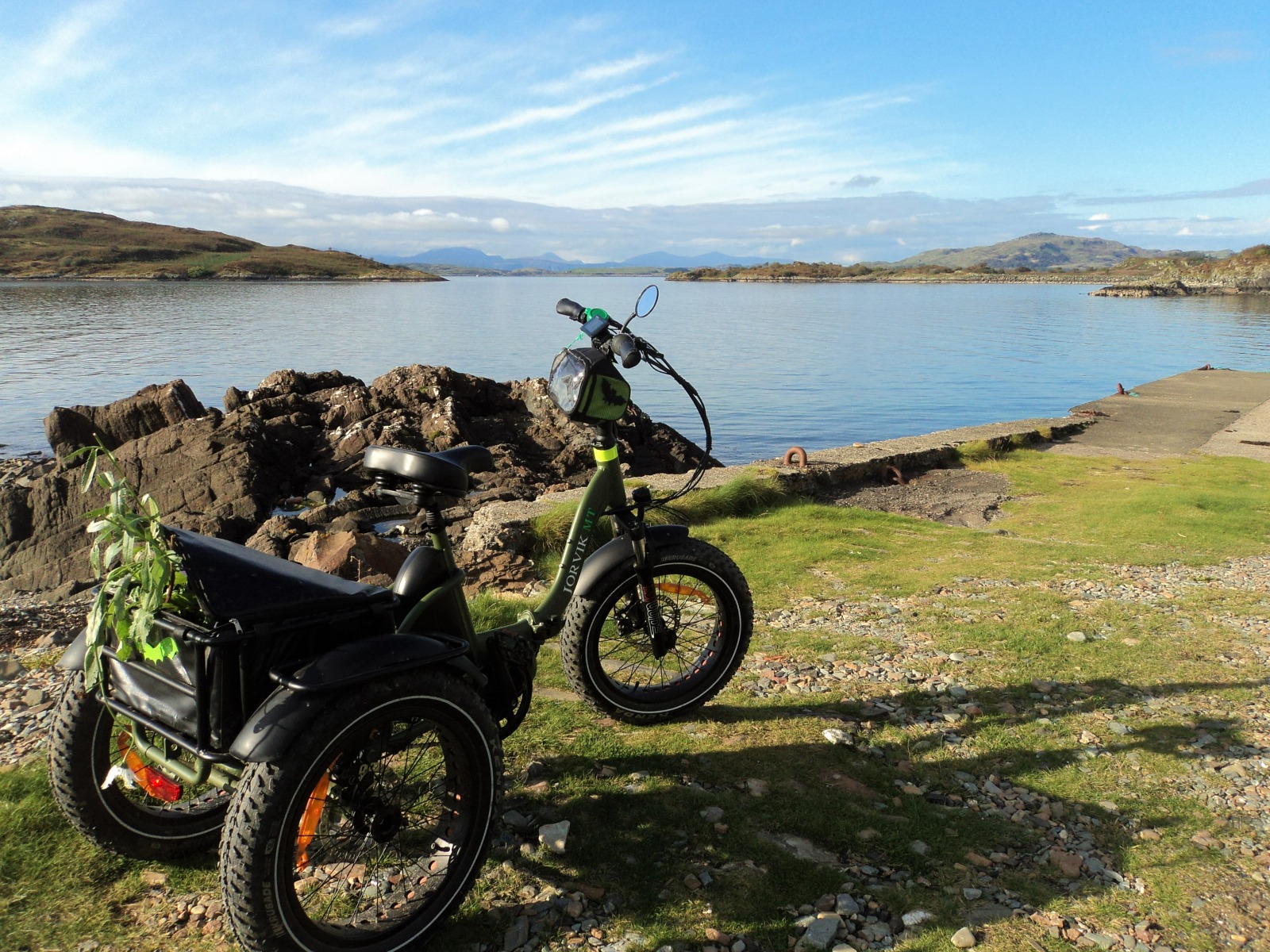 Since then, Julie has been building up her confidence on the tricycle by cycling on different tracks and routes. She has recently purchased a high-vis waistcoat with ‘Disabled Biker’ on the back to ensure any drivers she comes across are a little more patient, and it’s worked a treat! Although some weeks she’s only been able to manage a few trips out, she has thoroughly enjoyed feeling connected to her previous life and establishing a new healthy habit.

Julie found it an emotional experience getting back out; she’s been able to get chatting to locals and tourists again as well as regularly visiting the local pier. Julie loves that she’s able to stop and sit on her tricycle to admire the view across the bay as the seat on her tricycle is so comfy! The electric component has also made it easier for her to get around even when she’s lacking energy, or just cycling uphill.

''It’s amazing to be back out there on the rough tracks and shoreline! I’m feeling alive again! There are no words to express what this really means to me! Thank you to everyone at Jorvik Tricycles for the phone calls, ease of ordering, the support and for building this wonderful tricycle – it’s a life-changer!’’ 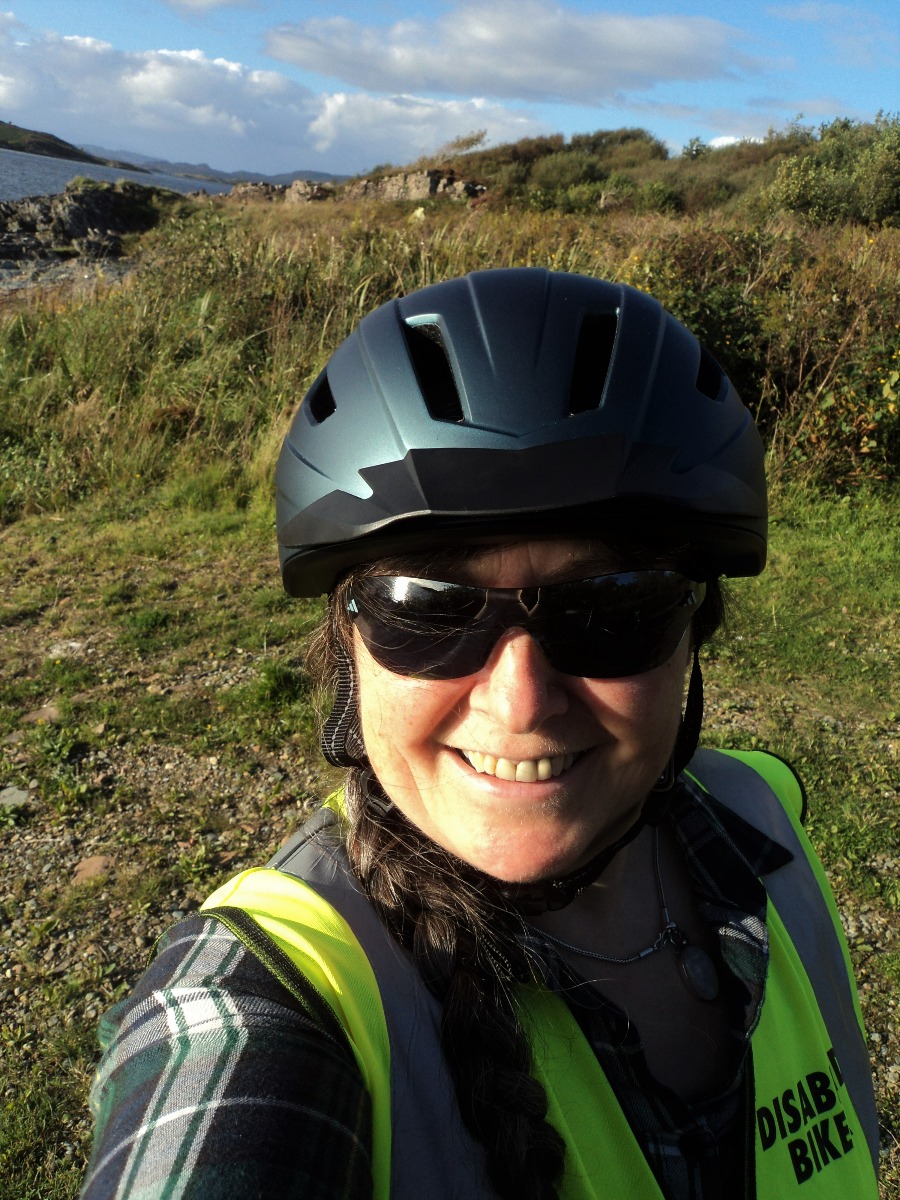 At Jorvik Tricycles, we understand that there is no better feeling than cycling on a sunny day and feeling the fresh air breeze past you. Our aim is simple. It’s to ensure that people of all abilities and capabilities are able to feel the joy of cycling. We love hearing stories like Julie’s, knowing that we’re helping people get back to themselves and experience not only the joy of cycling, but the freedom it provides.

Get in Touch?
Splits uw aankoop in 3 renteloze betalingen